Get your kindle here

Mary Queen of Scots - New movie just as bad as the old! 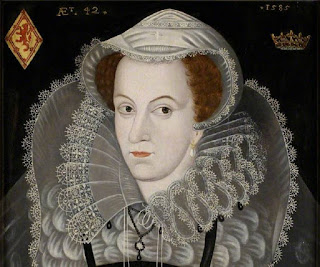 I haven't seen it and I don't intend to. Many years ago Hollywood made a film with Vanessa Redgrave as Mary and Glenda Jackson as Elizabeth. Everyone with a modicum of English historical knowledge said the same thing; these two queens never met so why did they meet in the film?

Now they've been advertising this new effort on tv and not only are they meeting, they seem to be having a conversation about whether Elizabeth should order Mary's execution.

Geez! That was a conversation Elizabeth had with her advisers, during which she declared that she would never execute an anointed queen. She didn't have this conversation with Mary. Yes they were cousins, but THEY NEVER MET!

And in this film, Mary has a very thick Scottish accent. Did the producers of this rubbish even look anything up on Wikipedia? Mary was brought up in France and spoke French or English with a French accent. No way in the world did she ever have a Scottish accent.

Every so-called 'historical' film or television programme should have a clear warning that it has little or nothing to do with history. Watch it at your peril!

Now for something else:  Last week I was watching a programme on television about how the lesser nobility were hiring out their stately homes to tourists in order to maintain them. Some people pay £1000 a night, others £10,000 for the weekend.

All well and nice and the baron showing his guests around seemed very approachable and friendly. That is until one guest asked him if he would be happy for one of his children to marry someone like them. I was ashamed to listen to his reply.

He declared that he couldn't agree to that because the gene pool had to be maintained and that the nobility were obviously much cleverer that the common folk. Apparently never heard of Stephen Hawking or Einstein, but by saying that, he proved himself less clever than the average person. Does he not know that he only has a title and a big estate because, centuries ago, one of his ancestors was given these things for pimping for the King or wiping his arse. How is that clever?

Every time I think the English class system is fading, I come across someone like him. This was an old programme, obviously made before Prince Harry married. I think I might like to ask this baron the same question now.
at January 18, 2019 1 comment: 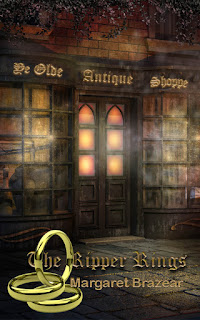 This is the third in the series of the timeslip adventure, Ye Olde Antique Shoppe. This time our housemates go to Victorian London to investigate the disappearance of Rachel's great great grandmother, Isabella.

Peter, meanwhile, wants to know how the three rings stolen from Annie Chapman, a victim of Jack the Ripper, found their way into the shop. Is it possible that after years of speculation and investigation, he might discover the real identity of the famous serial killer?

There is only one way to find out. 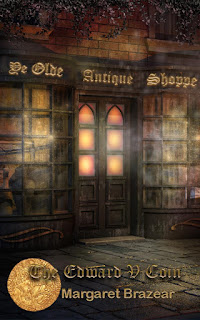 Book One - The Edward V Coin

When Rachel inherits her aunt's estate, she doesn't expect to also inherit an antique shop that hasn't been opened for sixty years. Taking her friend, Peter, with her, they are very excited to find a back room full of valuable items from the past.

But when they try to take one of those items outside, they find themselves in the past the item came from.

The temptation to see the little princes in the Tower is too much for historian Peter to resist. 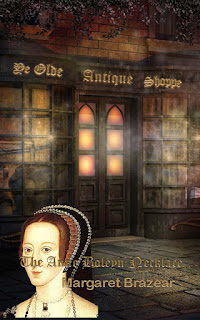 Going through her aunt's journal, Rachel discovers she has a cousin who is trapped in the sixteenth century. She feels compelled to go back and rescue her, bring her to the century in which she was born. Rachel is sure her cousin, Caroline, will be grateful for the life available to her as a woman in the twenty first century.

They find Caroline living as a ward to King Henry VIII with a marriage arranged by him, soon to take place. She is willing to go with them, so they bring her back, together with the unexpected gift an admirer has given to Rachel.

Email ThisBlogThis!Share to TwitterShare to FacebookShare to Pinterest
Labels: Anne Boleyn, Jack the Ripper, occult, the princes in the tower, timeslip 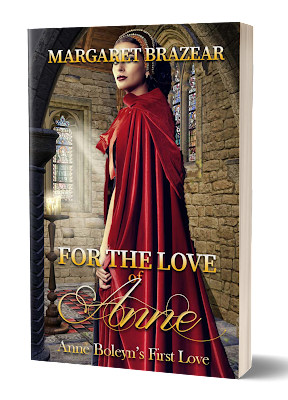 FOR THE LOVE OF ANNE


Anne Boleyn has been maligned throughout history as a schemer, a gold digger, too ambitious for her own good, yet few people believe she was really guilty of the ridiculous charges laid against her.

This is a total contradiction. I know I am not alone in believing her a victim of the King's lust and this book is her story as I see it.

It is about her early love for Lord Henry Percy and how their lives were controlled by that King.

And how different those lives would have been had the young lovers been allowed to marry and build a future together.

I hope you enjoy it.

What do you think happened to the little princes in the Tower? 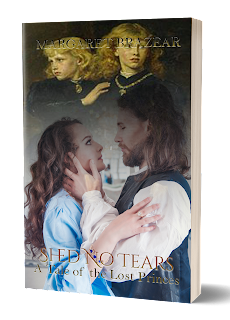 
I watched The White Queen and the White Princess on television recently, where the theory is that Elizabeth Woodville, the princes' mother, substituted the younger prince, Richard, with a peasant who resembled him.

There are so many things wrong with this theory, I don't know where to begin.

The first thing that springs to mind is that a fifteenth century peasant boy would be unable to read and write, would have a very different accent to the prince, and would have no idea how to behave. He wouldn't have fooled anyone for long.

The other thing wrong with the theory is that the princes' mother arranged the marriage, along with Margaret Beaufort, of her eldest daughter, Elizabeth, to Henry Tudor. She did this to secure her family's position on the throne and such a marriage would have given a much better claim to Henry Tudor. Is it likely she would have done that had she thought for one moment that one of her own sons still lived?

When it comes to the mystery of the fate of the princes, all we can have are theories. My theory, in this book, is different but just as good as any other.

Certainly James Tyrell confessed to having murdered the boys, on the orders of Richard III, but confessions taken in medieval times were unreliable. Mark Smeaton confessed to sleeping with Anne Boleyn, when he was nowhere near the place stated at the time. If you have ever been to the Tower of London, especially when the dungeons were open (they were closed for safety reasons some years ago), you would possibly imagine that a suspect would confess to anything in order to stop the torture.

Anyway, it is a theory, and I hope you enjoy reading it.

The story revolves around a fictitious character, Lord Nicholas Rainham, who was a friend of King Edward IV. But when that King died suddenly, his friends started to disappear, being executed without trial on the orders of the King's brother, Richard. Nicholas knows he will be next and is forced into hiding.
at December 21, 2017 No comments:

CLICK HERE TO SEE ALL GENRES OF BOOKS, ALL AT .99c PLUS FREE GIFTS.


35 authors have joined in this event to bring you our selection of great books for 99c this week. Whether you're looking for holiday-themed stories, romance, historical fiction, mysteries, sci-fi, or more, we hope you will find something you like. To find out more about our books below, simply click on the cover image.
at November 21, 2017 No comments: 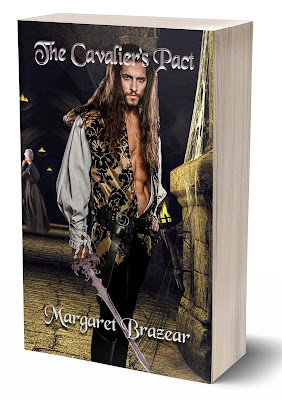 
It is 1660, Oliver Cromwell is dead and has left behind a joyless England. Lord Adam Pennington returns from exile with the King, to find his ruined estate sold to a puritan follower of Cromwell. The King will restore the estate to Adam, but he is penniless and sees no way of being able to afford its restoration.
But Jacob Janous, the Puritan who now owns the estate, has a secret. Three years ago, he falsified the death of his daughter, Felicity, in order to protect her from a vindictive suitor. But now, he is dying and has a proposition for Adam. Felicity needs an identity, Adam needs money.After the years of poverty, can Adam meet the challenge of marrying Jacob's overly pious daughter in order to inherit his wealth? When the couple meet, it is hate at first sight, and Adam has no intention of staying married to Felicity. He assumes she feels the same, but he is wrong. 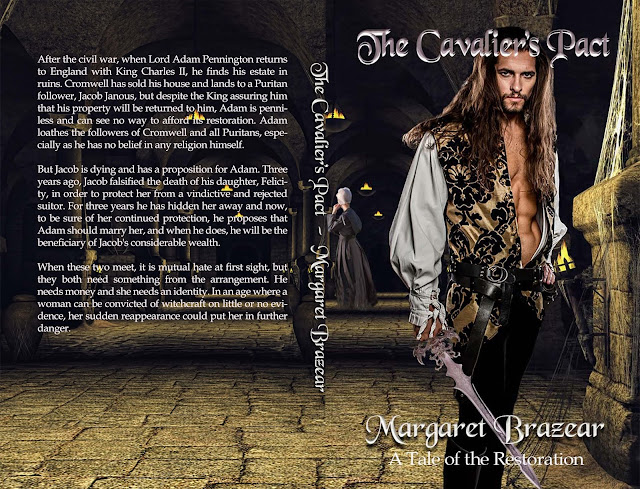 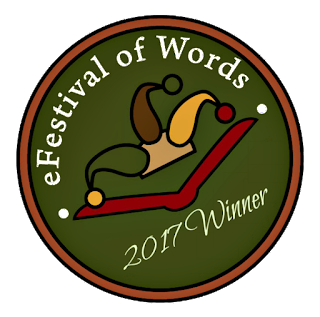 2017 e festival of words I won in two categories. 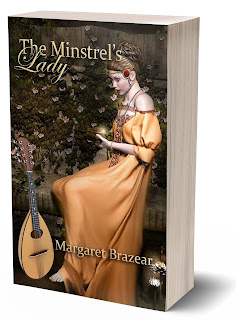 A novel about a pair of musicians, who come to London at the invitation of their friend, Mark Smeaton, only to arrive just a few days before he is arrested for adultery with Queen Anne Boleyn.

Fearing for their own safety, they decide to leave, go home to the country, but the bridge over which their coach is travelling collapses in heavy rain, and everyone is killed, except Rose. But she is badly injured and has no memory of the accident or her life before it.

When a nobleman claims her as his missing bride, she has no reason to doubt him.

This is the third in the series, The Pestilence, but can be read alone. It concerns some of the ordinary people who emerged at the end of the black death, to find the country almost deserted.

Rebecca is a prostitute, driven out of her home town by a terrified mob, looking for someone to blame for the pestilence. After hiding with her adult son, they continue on their journey, hoping to start a new life where nobody knows about Rebecca's history or profession. What they find is evidence that Rebecca's eldest son is alive and well and living as an earl.

Rebecca's longs to tell him the truth, but will that truth destroy the very essence of who he is? 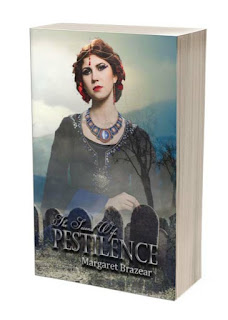 
Book one of the series tells of Charlotte, the daughter of a wealthy merchant who is thrilled when the handsome Lord Robin Eversley asks for her hand in marriage.

She suspects that her main attraction for him is her love of children and his primary reason for marrying her is to find a mother for his damaged daughter. But that means nothing to Charlotte, as she loves the child almost as much as she loves him.

Determined to build a happy life for them both, she has only just found the love of her life, when the black death threatens to tear him away.

Pestilence - The Scent of Roses 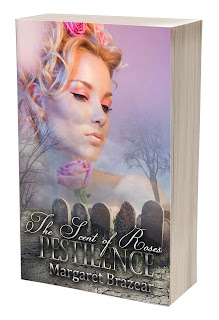 Book Two in the series tells of Lady Felice Sutton, who agrees to marry Lord Christopher Waterford, despite his fearsome reputation, to save her beloved father from penury and debtor's prison.

She is grateful and determined to make him a good wife, but his distrust of women make her efforts almost impossible and when he finds his peasant mistress dead, he is convinced that Felice has poisoned her. Felice's growing affection for her enigmatic husband is shattered when she learns just how merciless he can be.

But the black death teaches him what it means to lose the love of an honest woman.

ALL THREE BOOKS ARE AVAILABLE IN A BOXED SET 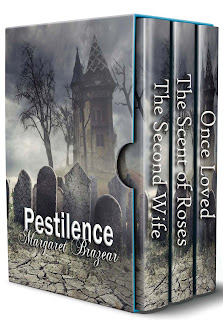 FREE BOOKS These are the e-books you will receive absolutely free when you sign up for my Readers' Group Newsletter. Three of the...

The Scent of Roses

A Man in Mourning

To Catch A Demon

The Musketeers on DVD